Economist Paul Krugman explained that Build Back Better is a massive investment in America’s future that will change generations of lives.

Paul Krugman explains why Biden’s Build Back Better is so important to the country’s future. pic.twitter.com/01CFBG76r4

Krugman said on MSNBC’s The Beat with Ari Melber:

Well, I mean, I think justI’m not a political expert.It does seem to me that the problem, I think part of the problem the Democrats had inthese elections was that peopledon’t see anything happening.It feels particularly if you’renot, deeply inside the weeds, then you see, okay, there’s alittle bit of progress here ormaybe something, but what theysee is that nothing really hasbeen passed since the American Rescue Plan since the big legislation and so that has gotto be for sane Democrats, thepriority should be to makesomething happen.

Not the technocratic wonkiness, but see that something happening that we’re actually doing something for people.That Biden plan is there arereally two things about this. Climate, which is a whole other issue. A lot of it is children.A lot of it is stuff that ispro-child. It moves the United States partway towards the kinds of investments in children that are normal in other wealthy countries. It’s making a huge difference topeople’s lives and the country’sfuture.

Krugman did a better job of explaining the importance of BBB in less than 90 seconds than most Democrats have done in the last three months. Build Back Better (BBB) is vital to the country’s present and its future.

The fact that Republicans think that spending on children is wasteful is a campaign ad that almost writes itself.

Build Back Better won’t just rebuild America today, but it will build a stronger America for tomorrow.

After Years of Complaints, the D.C. Jail Has Been Deemed Too Wretched for Some Inmates

“Turkeys Instead of Tickets” May Violate Fourth Amendment Rights 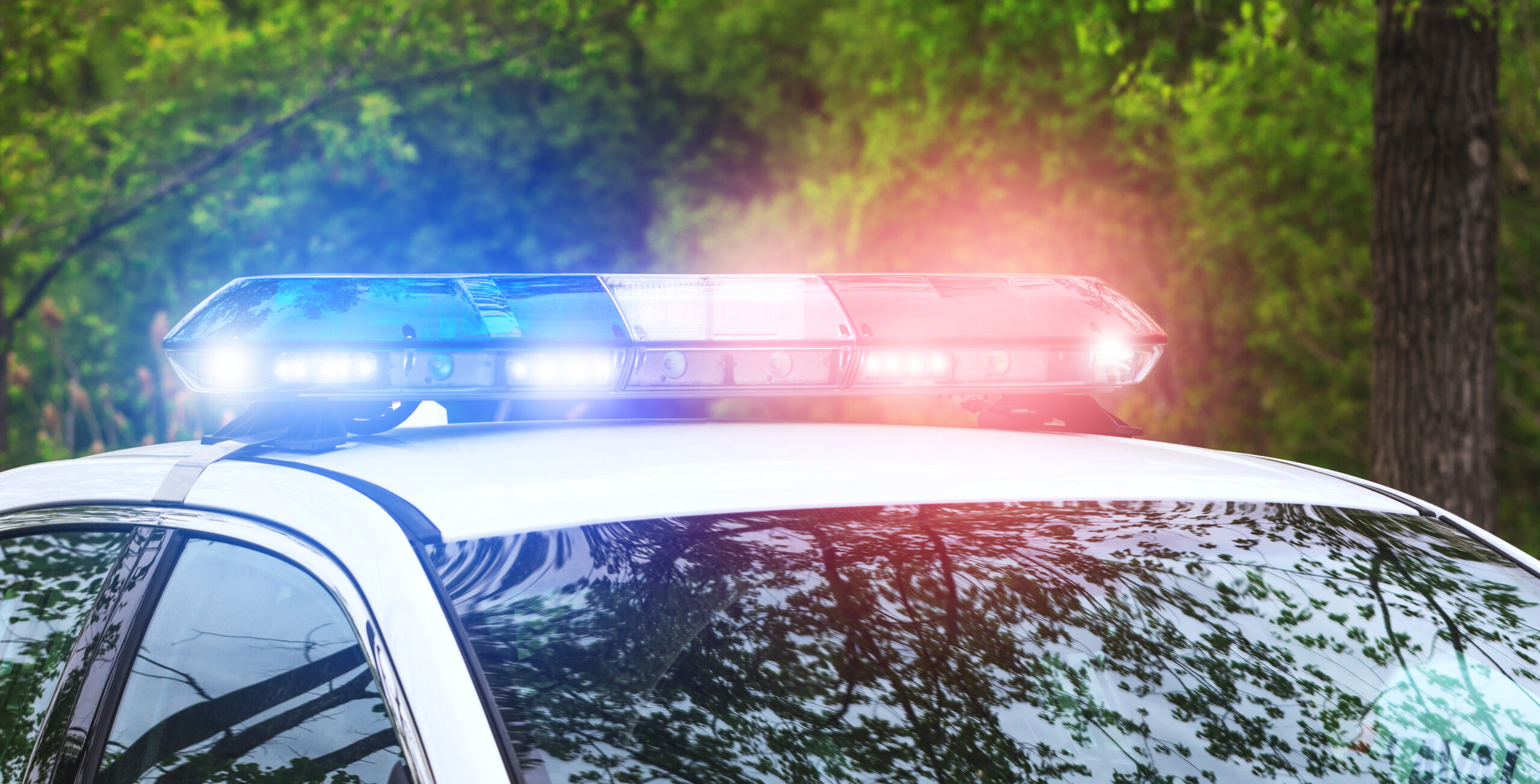 Thanksgiving is associated with tradition. And it appears there’s a relatively new one popular with police departments in recent years: pulling over unsuspecting drivers to give out turkeys instead of tickets.

The catch: It’s potentially against the law.

“They’re legal so long as there is reasonable articulate suspicion that a crime was committed,” says Andrew Fleischman, a defense attorney with Ross and Pines. “Absent that, it violates the Fourth Amendment.”

In other words, the cops haven’t violated anyone’s constitutional rights if every driver pulled over for a turkey allegedly committed a traffic infraction. But that’s not what’s going on here.

Some departments aren’t exactly hiding it. The cops in Fulton, Illinois, for example, admittedly eschew the Constitution and conduct such traffic stops on those who do follow the rules of the road. “Officers weren’t plucking out scofflaws,” reads a piece on the program in SaukValley.com. “Rather, they were issuing turkeys instead of tickets, all part of Operation Turkey Stop to reward mindful drivers.”

And while other departments aren’t necessarily so brazen with the messaging, it stands to reason that officers likely aren’t exchanging turkeys for tickets when it comes to drivers who are actively endangering others and abusing the rules of the road.

“I was like ‘Oh my God, no, what did I do?'” said Perla Romano, who was stopped in McAllen, Texas. “‘I was scared because what did I do? I just panicked.'”

In Mesa, Arizona, cops zero in on those who commit minor civil infractions. Officers focus on “stop sign violations, red light violations, or making wide turns,” says Mesa Police Sgt. Chuck Trapani. “We pull them over, and if they didn’t have any criminal violations like warrants or anything like that, then we’d give them a warning violation, plus a turkey.”*

Though the initiative may sound benign, the Fourth Amendment exists for a reason: You have a right to privacy, and a right to be free from unreasonable searches and seizures. One wonders what might happen if an officer pulled someone over for a turkey and happened to catch a whiff of marijuana. Trade in that free Thanksgiving dinner for a potential jail cell.

Traffic stops rarely turn violent or deadly. Yet such instances are not unheard of. According to an investigation by The New York Times, police have killed more than 400 unarmed passengerswho were not suspected of any violent crimesduring traffic stops over the last five years, which amounts to more than one death a week. “It’s [a] frivolous use of their monopoly on force,” says Fleischman.

The spirit behind the program, according to the Mesa Police Department, is to engender affection between officers and the public during a time when cops have faced a sort of unprecedented pushback. Research indicates that such trust is indeed vital to building safer communities. But there are better ways for police to do that than by flouting the rule of law and violating people’s constitutional rights.

*UPDATE:This piece has been updated with a comment from the Mesa Police Department.

No “Defense of Others” Defense in Justina Pelletier Hospital Hacking Case

In March 2014, Martin Gottesfeld and others committed a “Distributed Denial of Service” cyberattack against Boston Children’s Hospital and Wayside Youth and Family Support Network, causing both to lose their internet capabilities for three to four weeks. Gottesfeld targeted Boston Children’s and Wayside because of their role in caring for Justina Pelletier, a child whose medical condition and treatment were at the center of a custody dispute that received national attention.

Gottesfeld publicly admitted responsibility for the attacks. He was subsequently charged with intentionally causing damage to a protected computer, 18 U.S.C. 1030(a)(5)(A), and conspiring to do the same, id. 371. After an eight-day trial, Gottesfeld was convicted on both counts and sentenced to 121 months’ imprisonment, to be followed by three years of supervised release….

Gottesfeld challenges the district court’s order precluding him from raising at trial the affirmative defense known as “defense of another.” A district court “may preclude the presentation of [a] defense entirely” if the defendant does not produce sufficient evidence “to create a triable issue.” …

“Use of force is justified when a person reasonably believes that it is necessary for the defense of … another against the immediate use of unlawful force,” so long as the person “use[s] no more force than appears reasonably necessary in the circumstances.”

Gottesfeld sought to argue at trial that his cyberattack on Boston Children’s and Wayside was justified because it was necessary to protect Pelletier from remaining under the care of those institutions. In support of this theory, he primarily pointed to news and television reports stating that Pelletier was being “abused” and “tortured” under the care of Boston Children’s and Wayside; that Pelletier’s custody proceeding might be “compromised”; and that Pelletier’s parents had contacted the Federal Bureau of Investigation and other law enforcement agencies regarding Pelletier’s plight to no avail.

This evidence would perhaps support a finding that Gottesfeld subjectively believed Pelletier was at some risk of harm. But he marshals no case to support a finding that he reasonably believed that she faced the threat of immediate unlawful force. To the contrary, he knew that her custody was authorized by a court order. Furthermore, even if he thought that some individual or group of individuals were using or threatening to use unlawful force, that would have provided no justification for Gottesfeld to take hostage thousands of other persons’ internet connections.

{To the extent Gottesfeld contends that he reasonably believed that Pelletier’s treatment during her custody was unlawful, that argument is waived multiple times over: Gottesfeld did not clearly assert it before the district court and only now tries to develop it in his reply brief. Even were we to consider this argument, public commentary and opinion comparing Pelletier’s treatment to torturewhich is all he cites to support this claimdoes not alone support a finding that he reasonably believed that she was in fact being subjected to torture. To rule otherwise would be to empower every citizen with the ability to simultaneously incite and immunize criminal conduct by another even as a judicial tribunal is available to hear the claims of harm.}

Nor could a jury have found Gottesfeld’s chosen methods reasonably necessary. The issues of Pelletier’s custody and treatment were before a court, and all allegations known to Gottesfeld were known to law enforcement authorities. To the extent that Gottesfeld viewed these alternative courses of action as unlikely to succeed, we have previously explained that a defendant’s likely inability “to effect the changes he desires through legal alternatives does not mean, ipso facto, that those alternatives are nonexistent.” …

University Administrators on the Rittenhouse Verdict

Conor Friedersdorf (The Atlantic) has a very good article on this; an excerpt:

Rather than encourage independent scrutiny, administrators on many campuses have issued statements that presuppose answers to hotly contested questions, and assert opinions about the not-guilty verdict in the case and its ostensible significance as though they were matters of community consensus.

The whole episode is an illustration of a bigger problem in academia: Administrators make ideologically selective efforts to soothe the feelings of upset faculty members and students. These actions impose orthodoxies of thought, undermining both intellectual diversity and inclusion. “Certainly,” declareda statement by Dwight A. McBride, president of the New School, “the verdict raises questions about … vigilantism in the service of racism and white supremacy.” In reality, many observers are far fromcertainthat, when 12 jurors concluded that a white man shot three other white men in self-defense, they were saying anything about white supremacy.

Attention passengers! Indian Railways rolls back platform ticket fare in Mumbai; Here’s how much it will cost