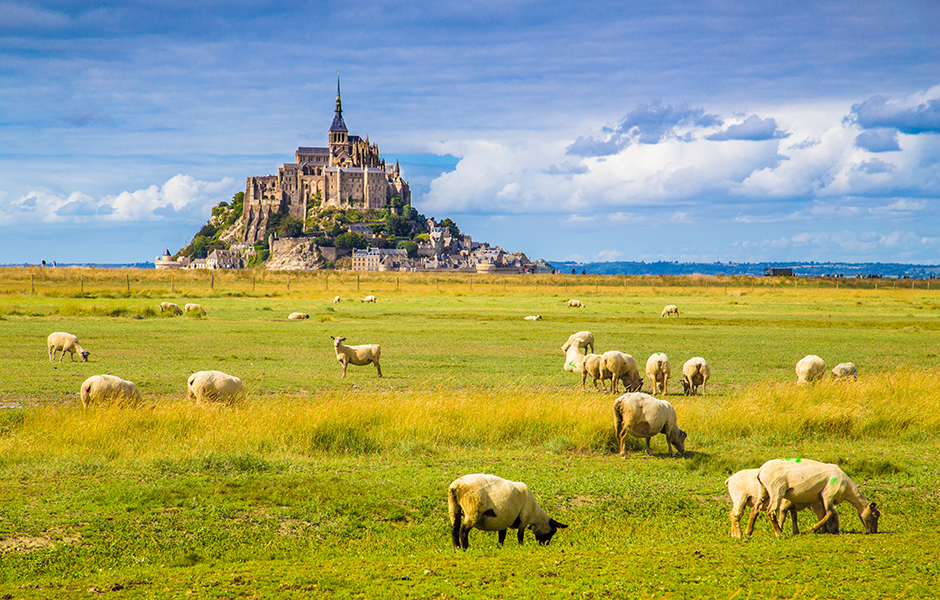 Reposted from the NoTricksZone

Late summers have been cooling across far northern EuropeSeptember: Finland braces for one of its coldest this century, mercury drops to -6.4C

Last month we looked at July mean temperature data from the stations in northern Europe for which the Japan Meteorological Agency (JMA) have enough data and found northern Europe (Norway, Sweden and Finland) had seen no mid summer warming in 20 years.

Now the JMA has the data for the same stations for August. Again the trends show late summer has been cooling, and not warming.

What follows are the trends for Finland since 1996:

In Finland, all six stations for which the JMA has sufficient data show a slight to notable cooling since 1996. None have shown warming for the month of August.

Next we look at Sweden, home of teen climate doomsday alarmist, Greta Thunberg:

Finally we look at the trends at 11 stations in Norway:

Seven of of 11 stations in Norway have seen cooling. So summers over far northern Europe obviously are not extending further into the fall. Quite the opposite seems to be the trend: fall is encroaching into summer.

And how is September, 2021, shaping up? The following anecdote provides a hint.

September may be perhaps the coldest of the 21st century

Earlier today at Twitter Mika Rantanen posted how frost has gripped much of Finland this morning, with temperatures falling to a wintry  -6.4C.

Last night was the coldest one so far during this autumn, with -6.4C measured in Ylivieska airport.

September 2021 is on its way to perhaps the coldest of the 21st century in Finland. pic.twitter.com/kc3J6ci4CB

The Impossibility Of The 1.5C Target – Watts Up With That?

Coal Burning BoJo Demands the World “Grow Up” – Watts Up With That?

Weather vs. Alarmism – Watts Up With That? 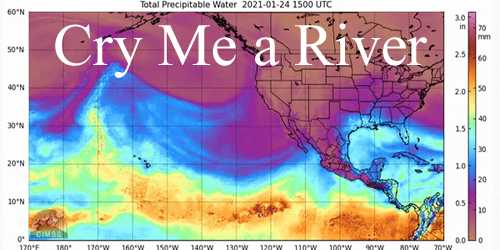 Channel 4, a British free-to-air public-service television network, sent a three-person TV crew to the Heartland Institutes’ 14th International Conference on Climate Change held this last weekend in Las Vegas, Nevada. I met and spoke with the two journalists. It took me less than ten seconds to realize that they had been sent to gather material for a scurrilous hit job piece on the conference. And that is exactly what they did.

The news clip (well, really just bit of video-climate-alarmism masquerading as journalism) exposes the featured Channel 4 reporter when, instead of asking questions and reporting the answers, her role is shown to be arguing for the alarmist viewpoint on camera.

I only mention this because the Smoking Gun of Climate Disaster in the broadcast news clip was Lake Mead, with its lowest water level “ever”.

“Three successive storms will surge in from the Pacific Ocean this week, forecasters said Tuesday, bringing what may be the most rain in nine months to drought-stricken Northern California and offering a promising start to winter after two years marked by record wildfires and dry conditions.

Two of those storms look like atmospheric rivers narrow, moisture-rich storms that play a critical role in the states water supply. The first, which was set to arrive late Tuesday night and continue into Wednesday morning, is likely to be a moderate storm. But another big one shaping up for Sunday night was upgraded to a category 5 on Tuesday, the highest in a five-level scale.

On average Northern California might get 1 or 2 of those a year, said Marty Ralph, director of the Center for Western Weather and Water Extremes at UC San Diego. We are looking at prolonged rain and some heavy rain.

The storms will dramatically reduce fire danger across Northern California, possibly all but ending it in some places. But they could also cause a risk of mudslides in some burned areas, particularly the Dixie Fire near Mount Lassen and the Caldor Fire near South Lake Tahoe.”

The last time California and the American Southwest had such an event was January 2021.

This new series of storms are predicted to drop up to two feet of snow in the high Sierras. 2017, which was the wettest year on record in much of California, also began with a series of similar soaking storms soaking in October. The incoming storms are predicted to be so serious, bring so much water and snow, that CalTrans has closed Highway 1 through the Big Sur area.

The weather is on our side and will help to debunk the Channel 4 nonsense.

This one series of three or four storms will not, of course, refill Lake Mead to historic levels, but a they are a good start to a wet winter for the parched and fire-scarred American West.

2001-2019 Warming Driven By Increases In Absorbed Solar Radiation, Not Human Emissions – Watts Up With That? 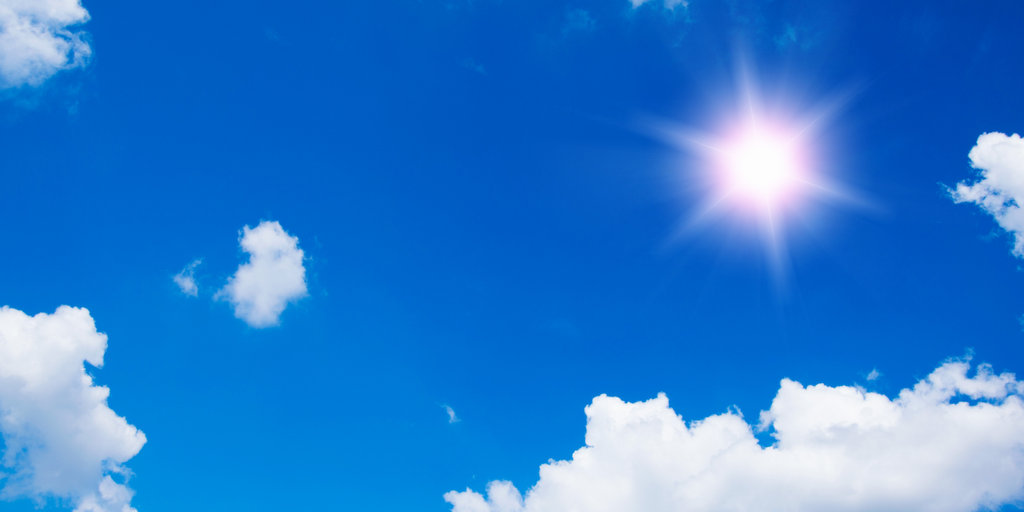 Reposted from the NoTricksZone

Three new studies affirm the increase in absorbed solar radiation associated with decreased reflection by clouds (albedo) has been the root cause of the positive Earth Energy Imbalance and global warming since the early 2000s.

Scientists (Loeb et al., 2021) have determined the rather uncertain positive trend in Earths Energy Imbalance (EEI) from 2005 to 2019, 0.5 W/m 0.47 W/m per decade1, is primarily due to an increase in absorbed solar radiation associated with decreased reflection by clouds.

This very small human emissions/greenhouse gas impact is represented by the red Other (trace gases) bars in the graph below. In emitted thermal radiation, graph (e) shows the greenhouse gas impact is effectively offset by the cloud influence; both factors are cancelled out by temperature changes. This leaves the increase in absorbed solar radiation shown in graph (d) due to natural variations in clouds and surface albedo (SFC) as the primary driver(s) of top-of-atmosphere (TOA) flux forcing during the last two decades.

Other scientists (Dbal and Vahrenholt, 2021) have also concluded that the positive TOA net flux (+1.42 W/m) from increasing downwelling shortwave (SW) facilitated by a drop in cloudiness has been the major driving effect, dominating influence, and major heating cause explaining the 2001-2019 ocean heat content increase (240 ZJ).

The authors note these CERES satellite observations conflict with the assumption further global warming originates mainly from the LW [longwave] radiation capture caused by greenhouse gases, i.e., a decline in outgoing LW. In fact, the LW or greenhouse effect impact has been negative; it has contributed a net cooling influence (-1.1 W/m) over the last two decades.

The summarizing text from another new study (Ollila, 2021) bluntly asserts the substantial increase in downwelling SW radiation from 2000-2019 demonstrates there are natural climate drivers that have rapid and significant temperature impacts exceeding the anthropogenic drivers, and that any temperature increase since 2015-16 cannot be due to anthropogenic reasons.

[S]hortwave radiation is the main driver in the dynamics and plays a major role in the energy balance by affecting the longwave radiation field.

Our research supports the idea that clouds and albedo, which ultimately determine the SW radiation, are variables of the utmost importance for current climate change, in agreement with previous research about the changes in stratocumulus or energy imbalance in the last four decades for example. An increase in cloud coverage of 0.1 would, on average, lead to a 7% increase in spectrally integrated global average reflectance of shortwave radiation.

Weekly Climate and Energy News Roundup #475 – Watts Up With That? 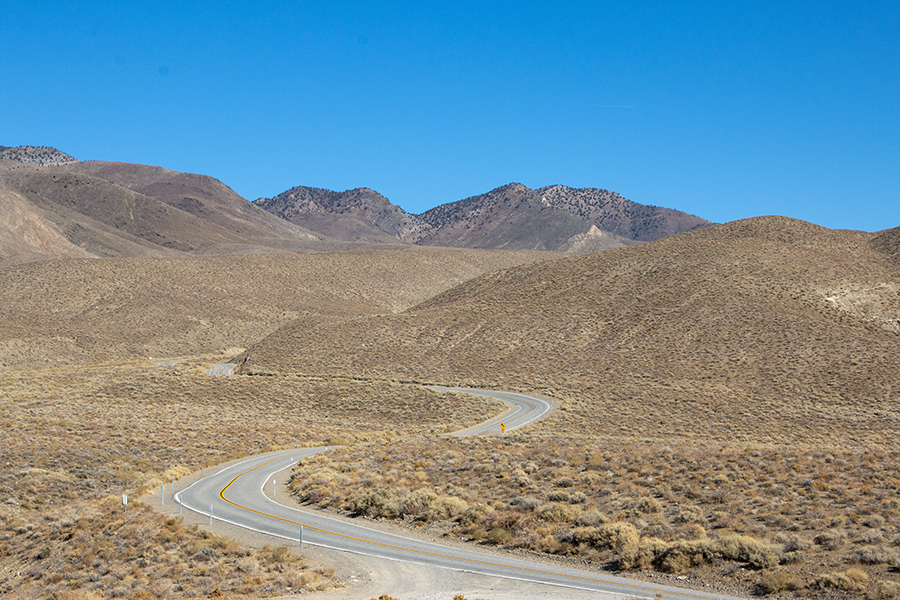 Physical Science develops with the constant conflict between ideas and evidence. What ideas best fit the physical evidence? When the physical evidence changes the ideas must change accordingly. Otherwise, the science becomes stagnant, dogmatic. That is what is happening to the science claimed by the UN Intergovernmental Panel on Climate Change (IPCC) and its followers, including many once noted US science institutions.

In 1988, the UN established the IPCC to (1) assess the scientific information related to changes in climate from emissions of greenhouse gases and 2) formulate realistic responses. The IPCC issued its first report in 1990.

Since then, a great deal has changed including:

Over the last 30 years, one of the most remarkable changes is the tremendous reduction in people living in extreme poverty. Extreme poverty is defined as person having a local purchasing power of $1.90 a day. It is estimated in local currency and adjusted to inflation and similar issues. The estimates used here come from Our World In Data and were updated in 2019

From 1990 through 2018 the worlds CO2 emissions increased by 60%. Chinas CO2 emissions grew by 315%, more than three times. Today, Asia emits more CO2 than all other continents combined.

A second remarkable change is Space Age Technology which gives us the ability to observe and measure what is occurring in the atmosphere, where the greenhouse effect occurs. This evidence contradicts that early scientific speculation. Despite a 60% increase the influence of CO2 on global temperatures is modest, and not dangerous.

A third remarkable change is the obstinance of Western Governments and many western science institutions in ignoring the changing evidence. Contrary to the scientific method they are refusing to adjust their views, which they still call scientific, to the great expansion in physical evidence about the atmosphere and the effects of carbon dioxide. With mounting physical evidence, what began as a scientific speculation has drifted into world of science fiction and political myth.

Washington DC is a hotbed for science myths and attacking all who dare question them. Our honoree had already experienced what happens to physicists who challenge the accepted myths with physical evidence. In his experience in estimating precipitation, he always advocated those measurements must be checked and double checked, and when scientific concepts do not meet the evidence from experiments and observations, the concepts must be change. This winter, when given an opportunity he bravely stood up, and with the support of a few, declared certain myths popular in Washington are not science, and explained why.

Ladies and gentlemen, I have the privilege to present to you the honoree of the 2021 Fredrick Seitz Memorial Award, Dr. David Russell Legates

San Francisco Wants To Sell the Air Rights Above City Hall for $45 Million. Why Not Give Them Away for Free? – Reason.com

Abu Dhabis warm welcome to Indian travellers! How to enjoy tourist attractions in the UAE capital through the Abu Dhabi Green Pass

US to declare 23 types of birds, fish and other species extinct | Environment News